1. The board is for all people of a NEET mindset, even if they are currently employed or studying. Excessive attempts to ostracise people based on their status or to spark divisive discussions about who is and who is not a “real NEET” will not be tolerated.

2. No doxxing. This includes no remarks about the EXIF data of photos posted, and no pointing out of personal information accidentally left in photos. No going to unreasonable lengths to determine where a person lives based on photos or videos they have posted. No chilling of peoples confidence in their anonymity by joking about your potential to dox them. If you think someone has unintentionally left personal information in their post please report the post with an explanation, do not point it out publicly on the board.

3. No impersonating another NEET, with exception of any post which is clearly not intended as an actual impersonation (ie using a named NEET's flag and making a post they obviously would not make)

5. No CP or images of children posted for sexual purposes, even if they are not naked or in sexual poses. This includes drawn images which look under-age. No Pedo talk.

5.2 The posting of images with children who are under the age of 18 years of age must have a relevant context. See the next post for additional information.

6. Images containing gore or anything else likely to shock or disgust must be spoilered. You must have a very good reason for posting gore and not post much of it.

8. No unreasonable personal insults. This board is not a “safe space”, and banter and honesty are allowed and in fact are essential, but there is no need to be personally insulting to an individual who does not deserve it. Do not cross the line.

9. No threats of violence against other posters or anyone else. No threats made as jokes. The authorities take joke threats seriously, and therefore so must we.

10. No posting of revenge pornography.

11. No posts breaking Australian Law in a way that will bring the board into disrepute and bring scrutiny from the media or Government authorities. Use good judgement here please.

12. No posting of spam, advertising material, or shilling of products or services you have an undeclared personal interest in.

13. People of non-standard Race, Gender or Sexuality are welcome but must not use their difference and others’ reaction to it to disrupt threads and attention whore. The onus is on the person who is different to integrate themselves successfully within the community.

15. Don’t be a cunt. This is a catch-all for any unacceptably shit behaviour that does not clearly violate any other rule.

17. The Longer you are here the more likely it is you will become a lolcow, unless you already were a lolcow then sit back and enjoy the ride What is the proper mong herding etiquette? Would you let a NEET cut your hair? Where are you getting your fibre to keep you regular NEET? Is there too much boong content in the NEET curriculum? Should NEET students study more worthwhile things? 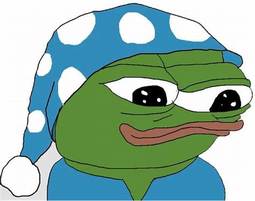 >This position I've held ... it pays may way and it corrodes my soul. Don't forget to say those magic words in the title.

NEET General #538 - For Whom The Boongs Toll Edition

Just who is taxing who? What do you need NEET? Do you think he's going on a holiday? Do you think it was possible she escaped Brazil? If you could pass a physical note to another NEET, what would be on it? Have you NEETs ever been so wowed by an item of gender-bending NEET footwear that it has made you question your understanding of reality itself? What is your favourite smell?
What smell do you dislike? NEET General #532 - Do Nothing And Hope Something Changes Again Edition

What are you hoping changes in your life without action? I wonder what Trev is up to these days.

NEET General #529 - Do Nothing And Hope Something Changes Edition

What are you listening at this moment?

Do you NEETs think a wookie would make a good pet? Or would they shed too much hair? How are you going to stay warm and comfy this winter? Sometimes you have to take matters into your own hands. How are you securing your fortress? What will you restrict yourself from consuming this week?

What you gonna do? I always sleep well after the moofie night. Good night of entertainment and culture.

If you could have one last binge, what would it be?

Escape from the grip of drugs you don't need.

Find a good post each day and tell the NEET of its value.

Only the highest quality are accepted.

What do you NEETs consider to be a good brekkie?

NEET General #513 - The Biggest Board on Endchan Edition

The show will continue on!

NEET General #512 - I Could Stop If I Wanted To Edition

What are you going to stop doing for self improvement this year?

>The tile was conceived and written as a tribute and remembrance of gooners past, present and future.

What other meals are best when shared?

Name something else that NEET/s could do instead of day drinking.

>Blackfella, whitefella
>It doesn't matter what your colour

NEET General #506 - Many Such Cases Edition

Did you NEETs ever do a ding dong dash?

What are your plans for the day?

Are you in a rush in the morning like me?

Do you NEETs feel like there should be more stringent approval processes for being issued a slapper?

In this edition, we should have celebrated the 500k posting milestone. Many such cases.

How are you winning at life? Don’t Dare to miss out on life. What is one of your long term goals to achieve in 2022?

I look forward to hearing about the binges.

What's an opportunity you have wasted in life? NEET General #495 Getting There Slowly Edition

NEET General #494 - Take A Long Hard Look At Yourselves Edition

How can you live like this? Just get a fucking job! No.

What's keeping your behaviour in check to stop a meltdown? 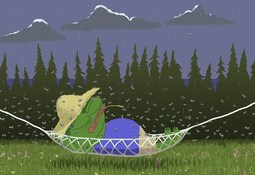 How does a NEET escape the mong life or is it all consuming? 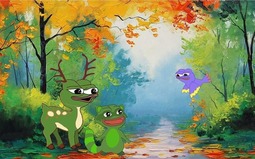 It was a wonderful event last night. What did you enjoy most?

When will the wagon arrive?

Is your motherbat/bot (Your) biggest supporter?

Do you think it will end in the next two weeks? 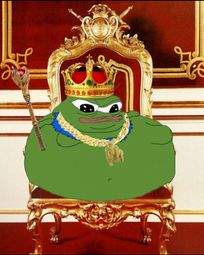 How is the weight loss or gain journey going in 2022 NEETs?

How much longer until the text from Clive arrives?

NEET General #481 - Too Much Work Edition

Where did he go?
Will he return?
Who ws he anyway?

How long is reasonable to expect a NEET to leave a thickshake sitting in his fridge before he drinks it down like he did the first one? Do any of you NEETs feel like you have entered the "Fat Elvis" phase of your life? Is it inevitable that a NEET has such a phase?

Hop in and enjoy the ride.

Has god sent Cruisey Covid as punishment for his sins? Will Helen's murder finally be avenged?

What are your addictions?

Are you NEETs impressed by certain NEETs shift away from the wage cage and into business ownership? Is owning your own business the NEET life of the future?

Neet General #470 - The Owls Are Not What They Seem Edition

The Owls. What is the deal with them? What secrets are they hiding?

Do something kind this week.

Have you ever fired a cannon?

How many of you NEETs are rocking the crop top look this summer?

NEET General #466 - Get To The Chopper Edition

What happens to the NEETs that are left behind?

NEET General #465 - The Strong Do As They Will, While The Weak Suffer What They Must Edition

>If freedom is short of weapons, we must compensate with willpower. NEET General #463 - A Gentleman and a Scholar Edition

>A complimentary term for a person, especially one who has done you a favor.
Who do you see as a gentleman and a scholar?

A small business to bring in the cash.

Do you see yourself sitting somewhere else rather than here?

What are the classic games that all NEETs should play at least once?

Have any of you NEETs ever led another person (or group of people) on only to have it blow up in your face in a (you)less catastrophe?

>If in our daily life we can smile, if we can be peaceful and happy, not only we, but everyone will profit from it. This is the most basic kind of peace work.

>a list of people or things that are being closely watched because they are likely to do or experience bad things in the future
Spooky.

Lost souls walking empty streets at night. Unsure where to turn. Not knowing their place in this Clown World.

I wonder if he be staying. Only time will tell.

Have you ever driven heavy machinery?

The closest for me would be a backhoe, which was small.

What is your favourite time of day or night for leisurely activities?